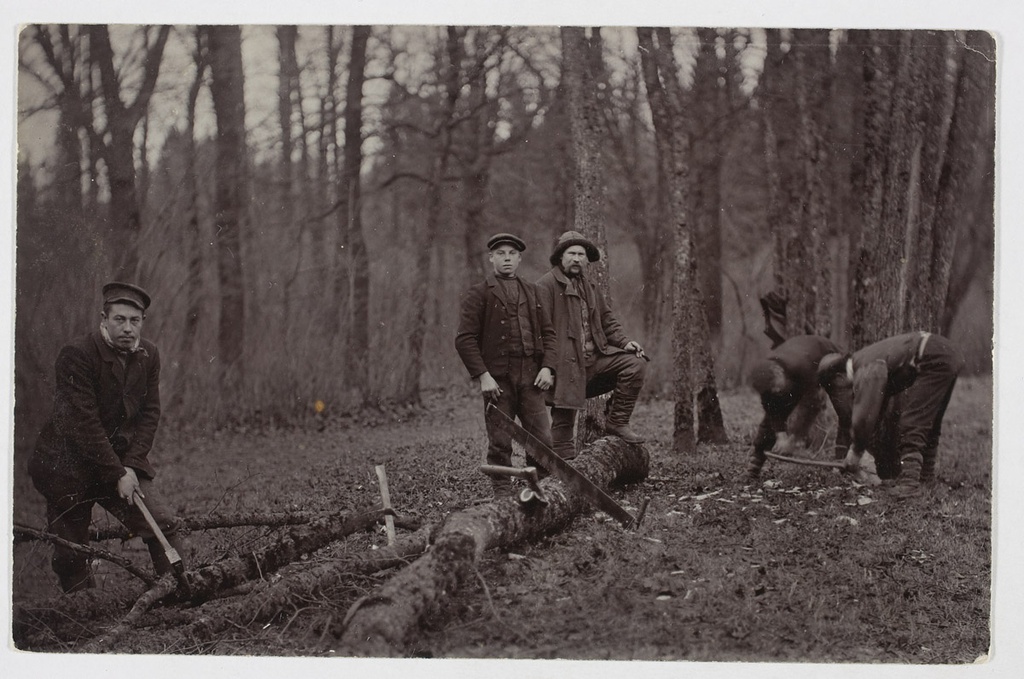 Maritima provinciae translates literally as ‘seaside parishes’, i.e. coastal land. This is the only mention by priest Henry in his Livonian Chronicle of the lands passed through by the Order on its way to conquer Soontaga and the Island of Saaremaa at the beginning of the 13th century.

It is claimed that the name – Tõstamaa – refers to high land suitable for agricultural use. In the Livonian Chronicle of Henry, this region is described as ‘seaside land’. There is an old folktale told about this arable land and its first inhabitants:

Two brothers, Mart and Tõnis, travelled from the North, through forests and across bogs. They negotiated a sandy hill and reached the seaside. The men had a short discussion and decided: we will make a home here. Mart, a calm and composed man, started to till the land. Tõnis, his audacious brother, was attracted to the sea and became a fisherman and sailor. Mart named his first son Mart and Tõnis named his firstborn Tõnis. This tradition continued through generations. When Estonian peasants were assigned surnames, the landlord named the descendants of Mart the Martsohns and the descendants of Tõnis the Tõnissohns. This is why many Tõstamaa’s farmers have the surname Martson, while many valiant sailors and famous captains have the surname Tõnisson.

This is also why one side of the coat of arms of the rural municipality district is dedicated to sailors and the other to farmers.

The earliest written records of Tõstamaa date back to 1242 when the Bishopric of Ösel-Wiek had a land dispute with the Order. The lands were divided and two of the parishes were given to the Order: Cotze (today’s Tõhela, Tõstamaa and Varbla) and Sorwe (Seliste, Pootsi, Audru). The parishes were separated from each other by Päraküla primeval forests. Other parts of the rural municipality district – Tõhela, Ermistu, Pootsi, Liu and Värati – were first mentioned in 1534. A land revision of the beginning of the Swedish Rule recorded 13 villages that are known today and Tõstamaa state manor.

There are other manor estates in Tõstamaa, each having its own parish – Pootsi, Seli, Tõstamaa and Kastna. Because Tõhela belonged to Tõstamaa manor, it was not given the status of a parish. The 1866 peasant parish law freed the peasants’ local government councils from the landlords’ authority. Parishes had to decide their own economic and social affairs, which resulted in them merging. In 1950, parishes were named village councils. In 1971, Seliste (Seli until 1926) village council was merged with Tõstamaa.